Challenges in the global floor covering markets are on the rise and regional turnover is showing more inconsistency. This is why finding common strategies for dealing with individual regional markets is becoming more and more important for the members of the EPLF e.V. (Bielefeld/Germany). The association and its participating companies from the European laminate flooring sector are committed to working together to provide more transparency and harmonised markets with standardised regulations. During EPLF’s annual conference at Domotex Hannover 2015, the association once again expressed that its objective is to protect the consumer by achieving appropriate and optimum quality standards for laminate products.

At the end of 2014, Max von Tippelskirch (Swiss Krono Group) took over the ongoing tasks as Chairman of the EPLF Markets and Image Working Group, after Volkmar Halbe (Parador) stepped down following seven successful years to pursue a change of career. Representing the EPLF, Mr von Tippelskirch joined planning discussions with the Deutsche Messe AG concerning the 2016 Wood Flooring Summit. The EPLF considers itself to be one of the pioneers who are paving the way for this successful concept which held its premiere at Domotex 2012 and which has since then been held alongside the trade fair at two-year intervals. EPLF members now want to help towards making the third round of this international parquet and laminate flooring industry summit another top highlight for trade visitors.

Also pending for 2015 is the association’s internal project to upgrade the EPLF website. Increasing decentralization of the major EPLF markets demands a wider range of languages and the new site should be suitable for mobile devices and include a broader range of services in the internal Members’ Area.

During the conference, Russia and Turkey were two countries at focus as for the new developments. Despite the difficult political situation, the Russian laminate flooring market is growing steadily and offers significant future prospects for European suppliers. At the end of 2013, the EPLF formed its own Working Group for Russia, to work on specific measures for a consistent quality campaign in this market. However, the political developments of the following year initially brought about a degree of uncertainty. The EPLF has picked up the “Russia Project” again and is using its existing contacts in the region to sound out potential for a consistent quality policy and a framework for collaboration.

There has also been some progress in the anti-dumping proceedings brought by the Turkish Ministry of Economics against German laminate flooring manufacturers, which made headline news shortly before Christmas 2013. Initial verification investigations at the plants of EPLF members in Germany were carried out by the Turkish Ministry of Economics in the late summer of 2014, and others were given notice of similar visits. In view of the WTO regulations, the EPLF anticipates that the proceedings will still take quite some time. 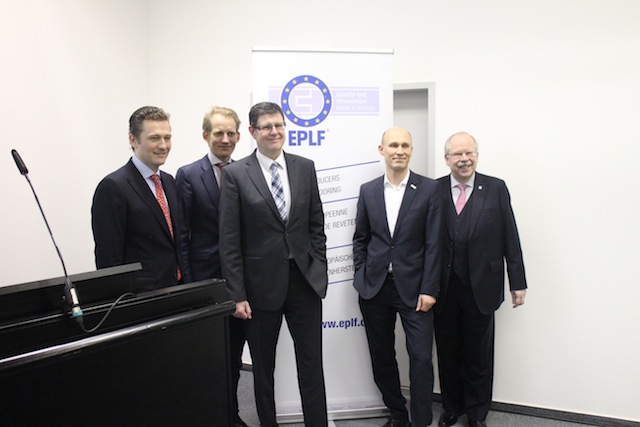 At Domotex 2015, European laminate flooring producers and their suppliers were once again demonstrating that they rank amongst the world leaders in the international floor covering markets when it comes to innovation and quality. The creative potential presented by laminate is endless; with every collection, the products are refined not only in visual terms, but also in their technical specification. 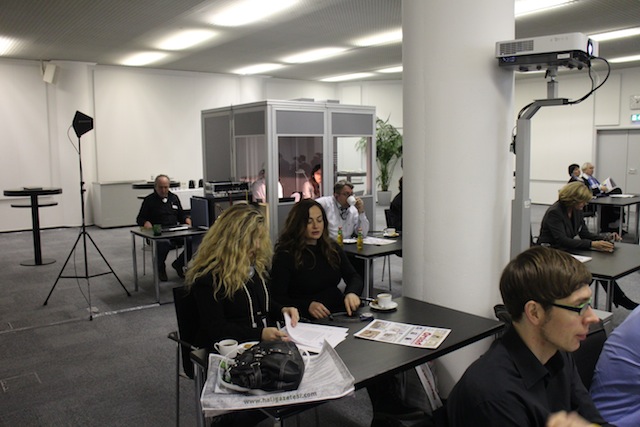 Looking forward to 2015, EPLF President Ludger Schindler confidently predicted: “Even though a slowdown of the global economy is anticipated, we want to balance out potential reductions in sales volumes in weaker markets through growth in the stronger regional markets. Our common aim for 2015 is to keep EPLF sales figures at a high level.”