The good start of the year observed at the very beginning of 2020 had unfortunately to be balanced with the surge of the covid-19. During spring 2020, the situation got worse when going from north to south of Europe which was hit earlier and harder by the pandemic. Italy, Spain, but also France or Belgium have been locked down for weeks. Non-German speaking parts of Switzerland and Austria were also confronted to this kind of situation. On the other hand, the activity never really stopped in Germany and some shops, such as DIY, were open during the first wave. And no drastic confinement measures were taken in Scandinavia where life remained as normal as possible.

Whole in whole, the parquet market in Europe remained stable in 2020 despite the pandemic. As usual, the results show variations from country to country, also reflecting the evolution of the illness and the related governmental measures in the different Member States.

Austria, Sweden and Switzerland have totally compensated, during the second half of 2020, the bad performance observed in March-April. Still on the positive side, German market for parquet, the biggest one in Europe, has grown further, driven by renovation. On the other hand, despite a good summer and a good renovation rate, Italy, France and Spain have not been able to offset the loss experienced during the spring lockdown.

(*)     As of 2016, figures are covering all European FEP countries – data for Croatia, Estonia & Portugal have been added.

(**) Best estimates according to information received from FEP affiliates

(***) Italian figures of production and consumption have been revised as of 2007.

The 2020 total parquet production per type remains similar to the picture already presented from 2010 onwards, whereby multilayer comes in first with 82% (compared to 83% in 2019), being followed by solid (including lamparquet) at a stable 16% and mosaic with 2% of the total cake (compared to 1% in 2019). 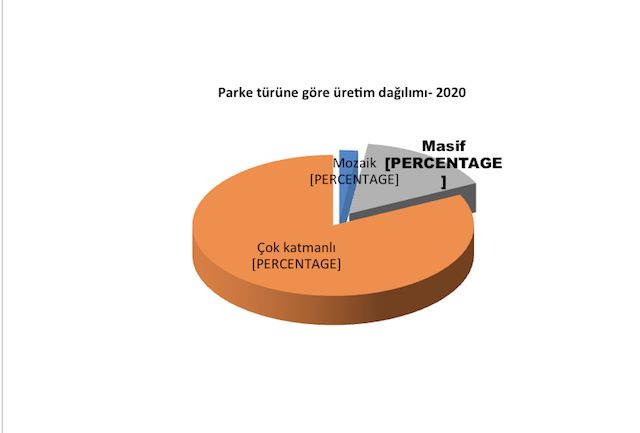 In absolute production figures by country, Poland maintains its top position at 16.29%. Sweden consolidates its second place on the podium with 15.87%. It is followed by Austria at 12.82%, while Germany comes in as fourth (9.86%). 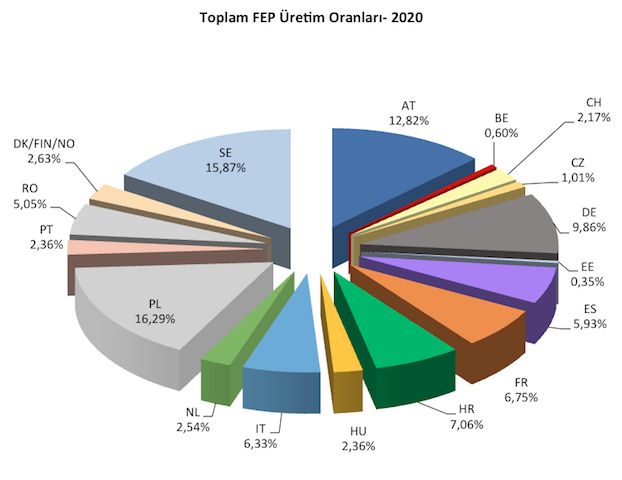 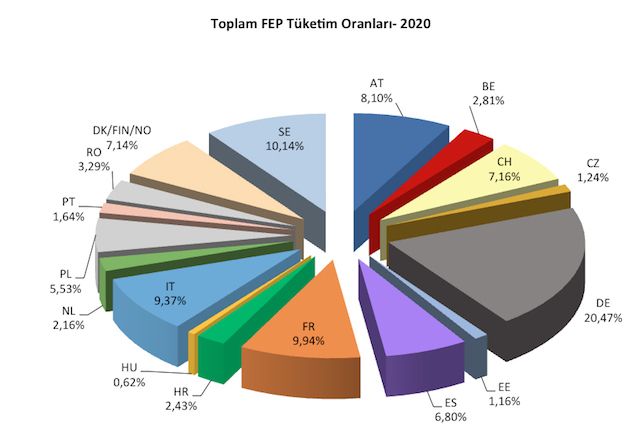 Use of wood species

The European parquet market has generally slowly started the year 2021 with stable to slightly increasing consumption in January and February. This positive trend accelerated in March and April, still driven by renovation.

The provisional results for the first quarter 2021 indicate increasing parquet consumption (also compared to 2019, as 2020 was a very specific year with the surge of covid-19) in all countries but Spain. Germany and Italy report stable consumption levels during the two first months of the year but which were already rising in March and especially April.

While there are uncertainties for the future regarding the continuous impacts of the pandemic, the restart of travels thanks to vaccines and the long-term economic consequences (recession, reduced public spending and decline in new projects), some habits have changed and this crisis also represents an opportunity for the Parquet industry, which has already well benefitted from the increase of the renovation rate and of its relatively higher use of wood.

It seems that not only the European authorities have now understood the positive role played by wood and wood products to tackle climate change by saving CO2, but the end-consumers as well, bringing nature into their homes!

These positive developments are nevertheless tempered by the issue of tight supplies of raw materials and their significantly increasing costs. This phenomenon does not only concern wood and wood-based products but also glues, lacquers, packaging, etc. 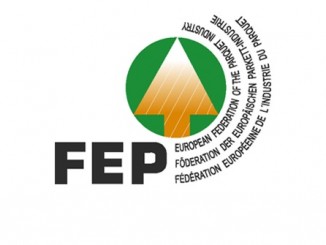 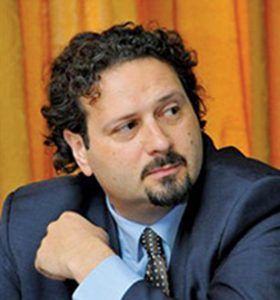